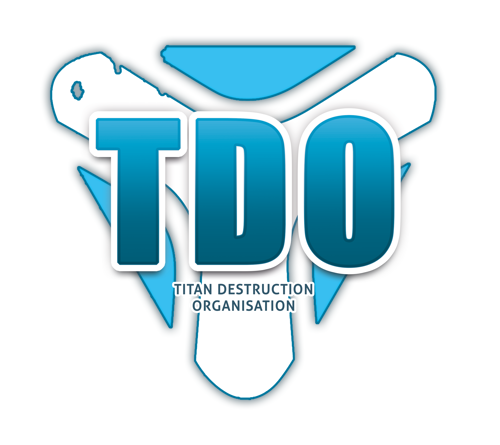 Humanity is at its end.

Threatened by otherworldly Titans, it faces unpleasant but certain extinction. There is only one last (albeit tiny) hope: the TDO! In the battle against the first Titan Gaia, the Titans Destruction Organization went all out at that time, and was able to achieve a victory with difficulty. Now that Titans are appearing again, most of the heroes from back then are dead, retired, or simply have better things to do than risk their lives once again. So now it’s up to you to determine the fate of humanity and defend the Earth against Titans like the fearsome lava snail Worldshaper. 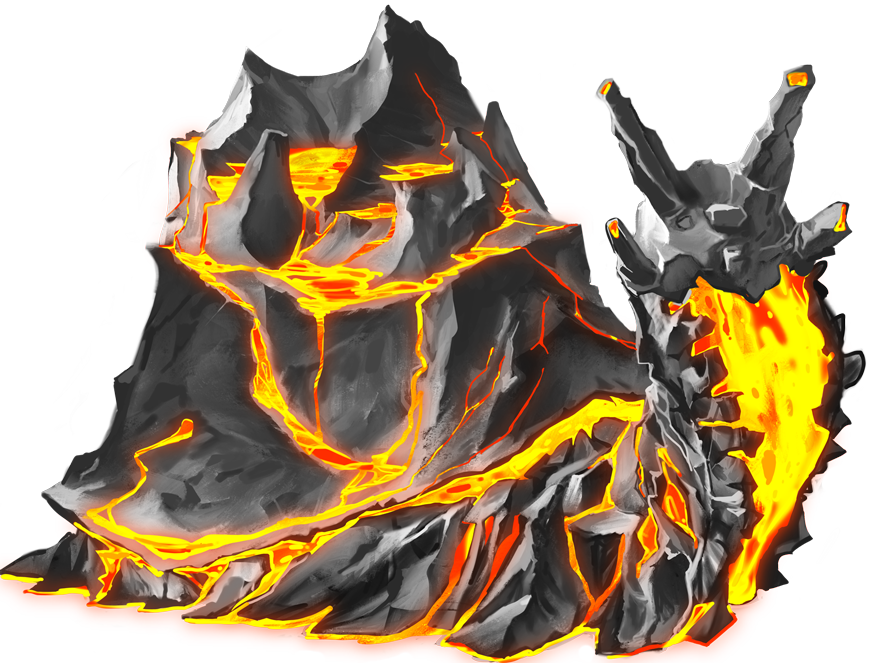 All downloads are available for you here.
Errata & FAQ | Rules

TDO is a cooperative game for 1 – 5 heroes who hunt down super-powerful Titans before they destroy the world. Embody sympathetic hopefuls like the highly intelligent chameleon Barry, who rides the last panda Nala, LOL_ita, who was recruited because of her outstanding e-sports performance (and fortunately was able to save a large part of her followers), or Herr Schulz, who is actually a simple clerk, but who has been gripped by the spirit of adventure through an evening course on “risk management”. These are definitely not the heroes we need – but the ones we deserve.

The last hope of mankind

All of TDO’s heroes can be roughly assigned to one of three roles. Members of the damage group are designed to cause as much damage to the Titan as possible, and often go into the most dangerous areas directly in contact with him to do so. The group defense is either thickly armored or downright tough (at best, both) and can effortlessly deflect Titan attacks to protect less tough roles. Heroines in the Support category take care of the members of their party by healing, moving, or otherwise strengthening them. 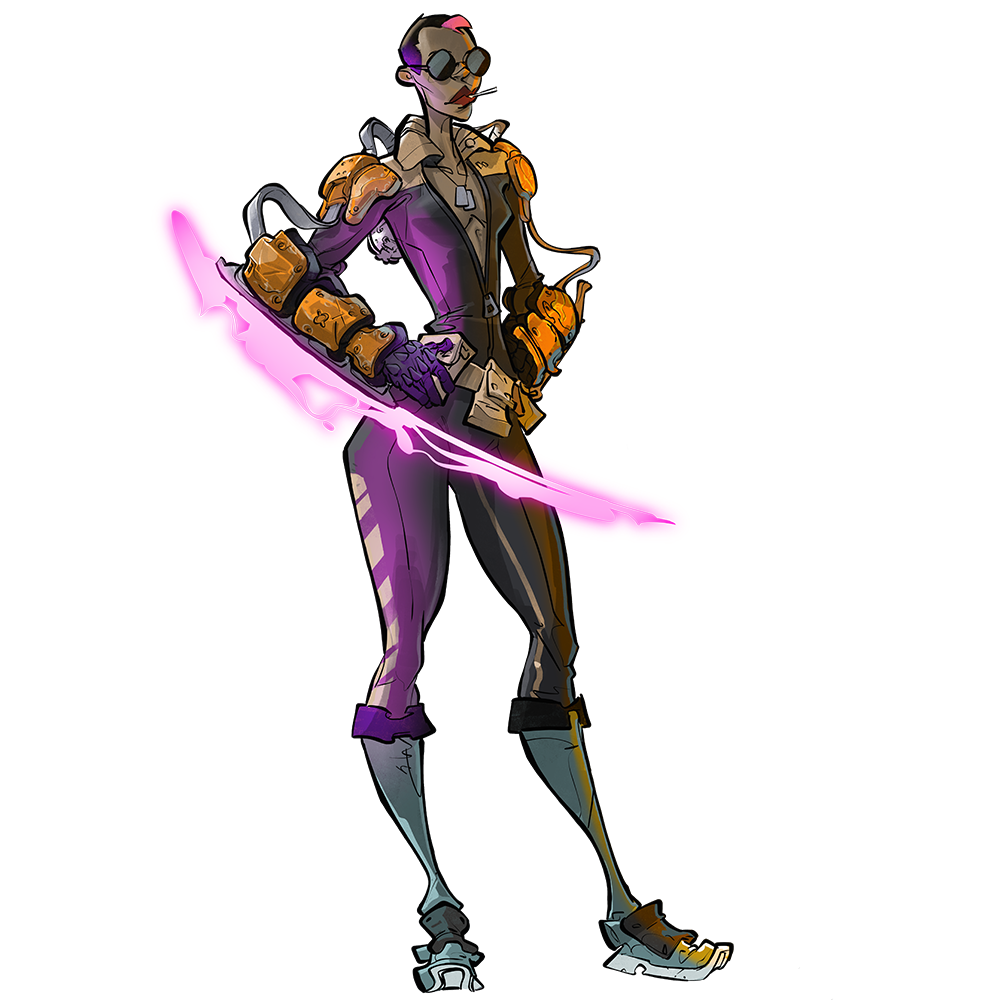 Cpt. Blade was just 12 years old when the first Titan Gaia wiped out 70% of humanity, including the family of Eva Carlotta Santamaria, Cpt. Blade’s full name. In revenge, she helped destroy Gaia and quickly made a career for herself in the T.D.O. Today, she’s the face and icon of the T.D.O. The first to be sent on difficult missions and the last to be extracted. 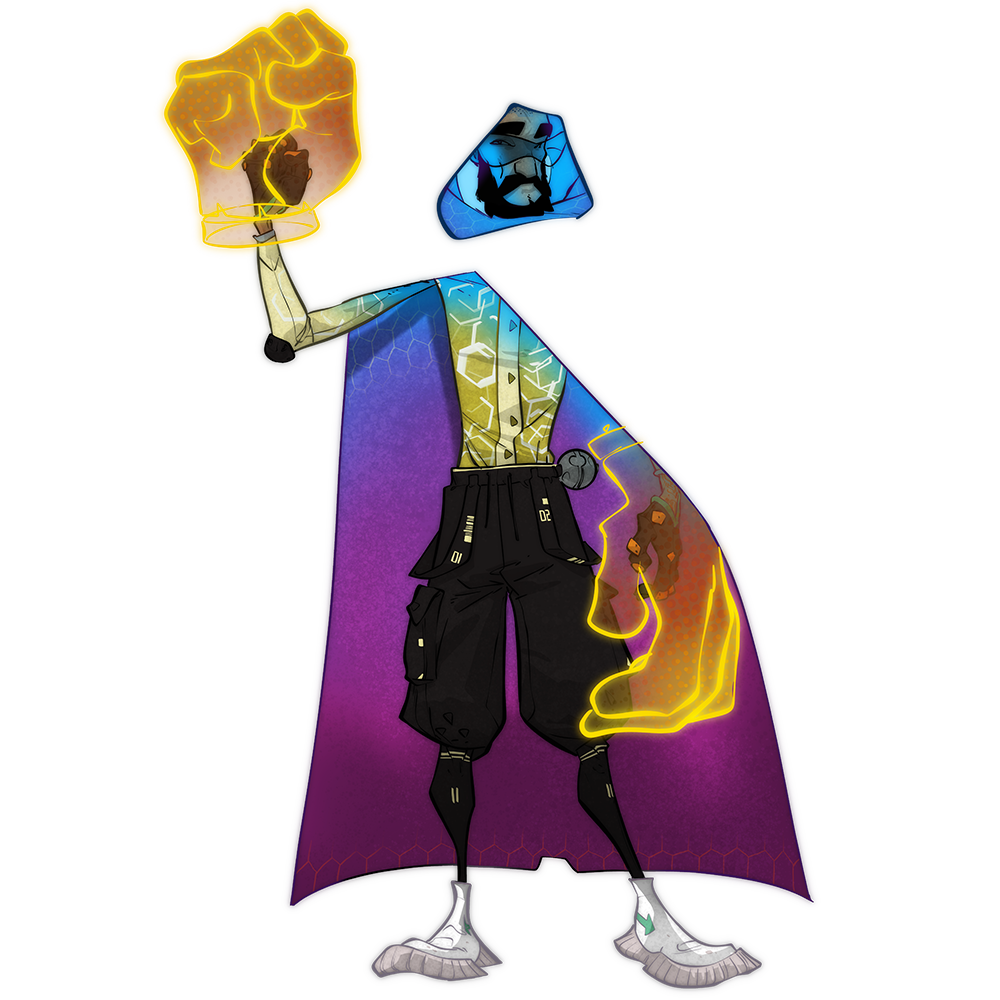 Best DJ in the world

Nobody knows the real name of DJ Kamo Flash. He showed up one day in the clubs of Jericho and turned the party scene there upside down. His brilliant beats grooved around the planet and brought him worldwide fame. He became part of T.D.O. to protect his fans. 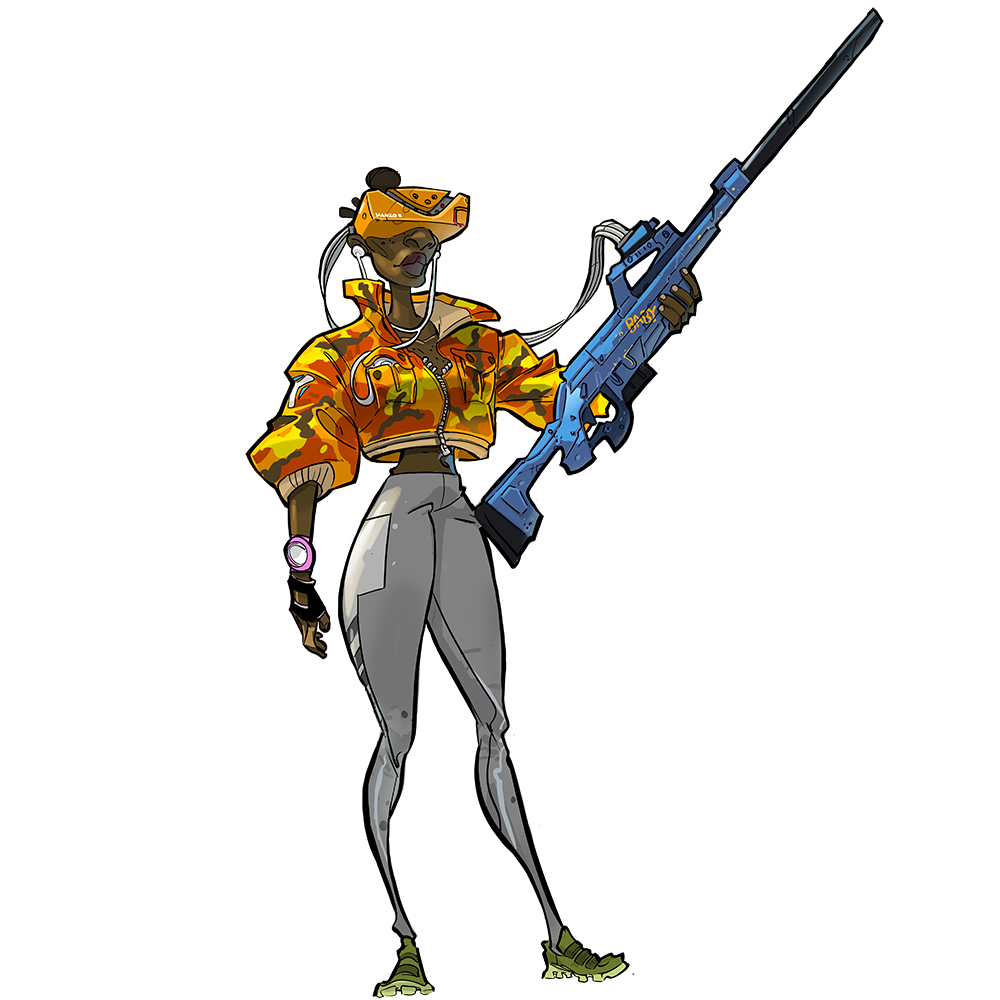 She was an icon of VR arcades, admired by a whole generation of gamers. Then her secret identity was revealed and she had to flee to space from social media. There she contacted the T.D.O. and has been working there ever since as a sniper and figurehead to recruit young people. 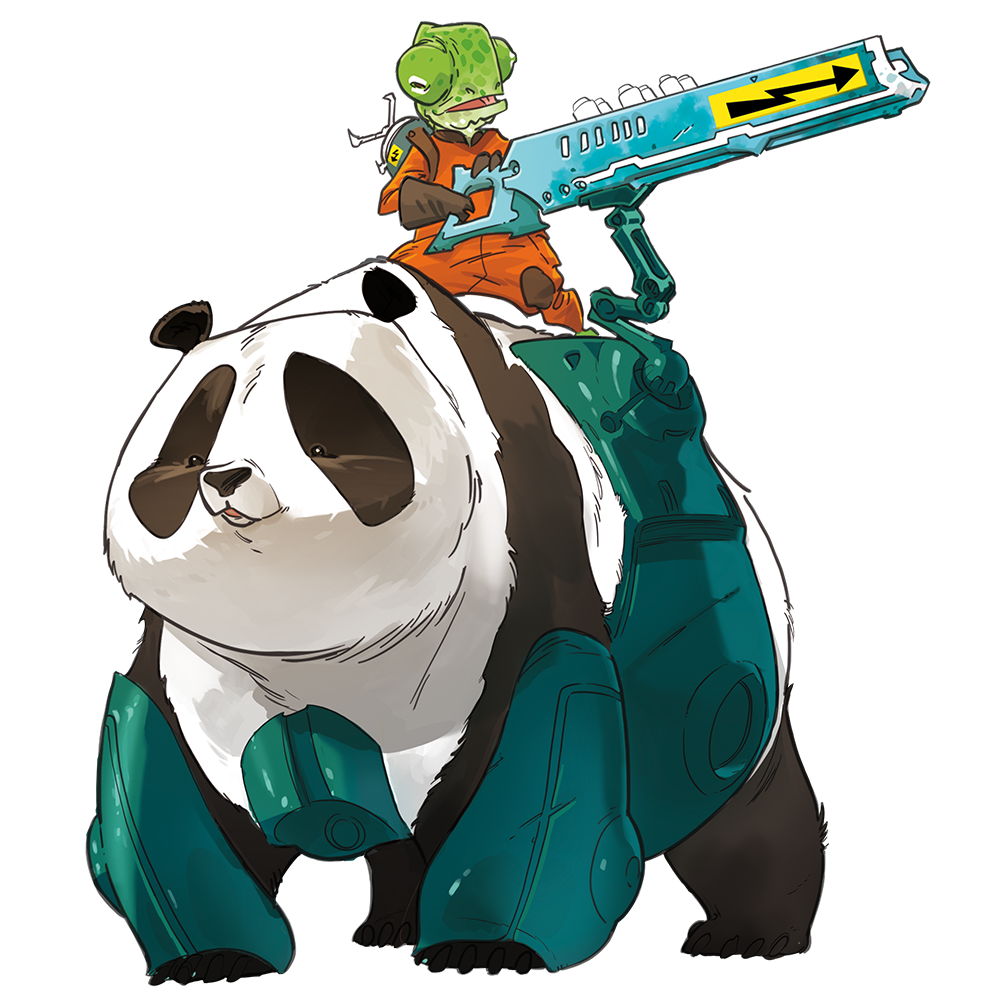 The last of their kind

Barry is a genetically modified, highly intelligent chameleon that hunts Titans equipped with a lightning launcher. Nala is the last panda of this world and lets Barry ride on her back to have a larger radius of action. The two have joined the T.D.O., because what else should two such extraordinary characters do but hunt gigantic monsters from space? Like, work in accounting? 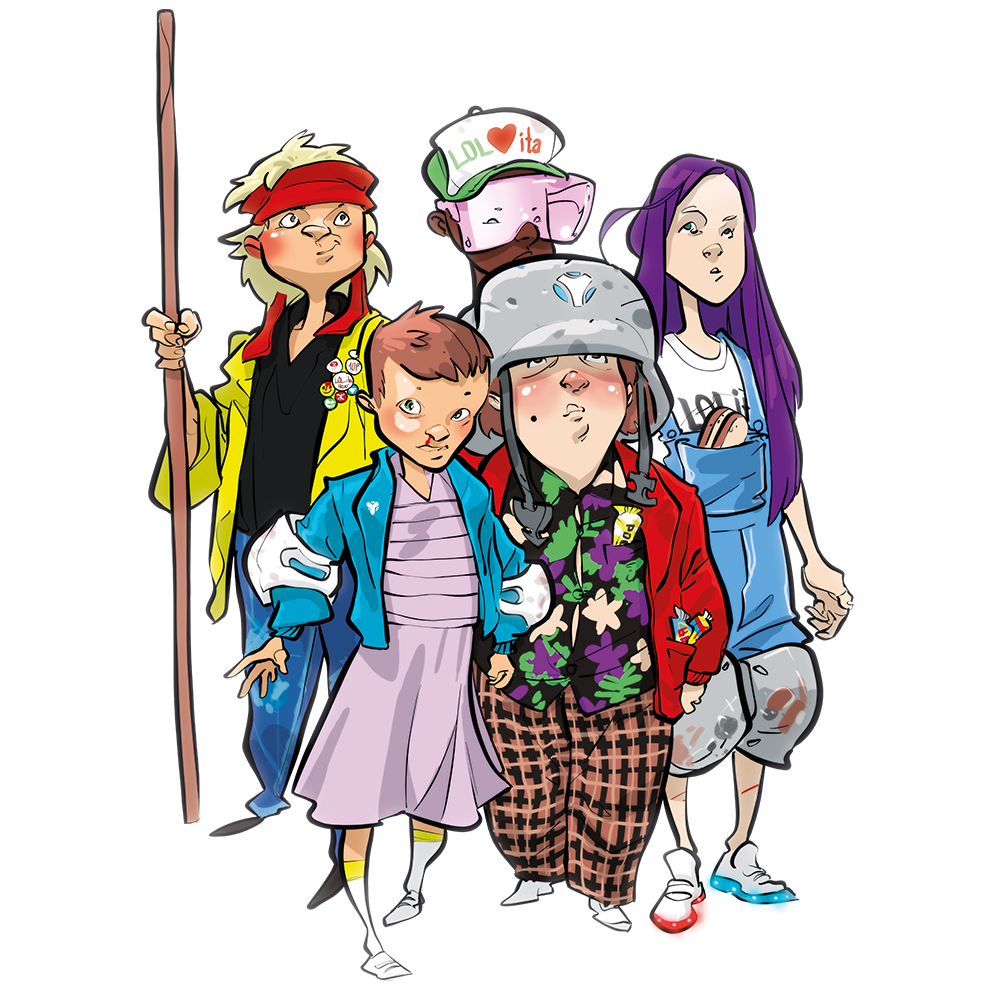 As thick as thieves

The friends are originally fans of LOL_itaTM, who snuck aboard a T.D.O. spaceship to be close to their idol. They quickly realized, however, that with their friendship, honesty, perseverance and a bit of karate from old Chuck Norris movies, they have skills that are in high demand at T.D.O.

The Ram models were designed as demolition robots to clean up the devastation caused by the Titans. However, when they began to lay down their work and to philosophize about the human-robot-God relationship, the series was discontinued. When it became clear that Earth needed to be saved from more Titans, RAM 32 volunteered, a descendant of the Realist school who quickly discovered for himself the meaning of survival and struggle. 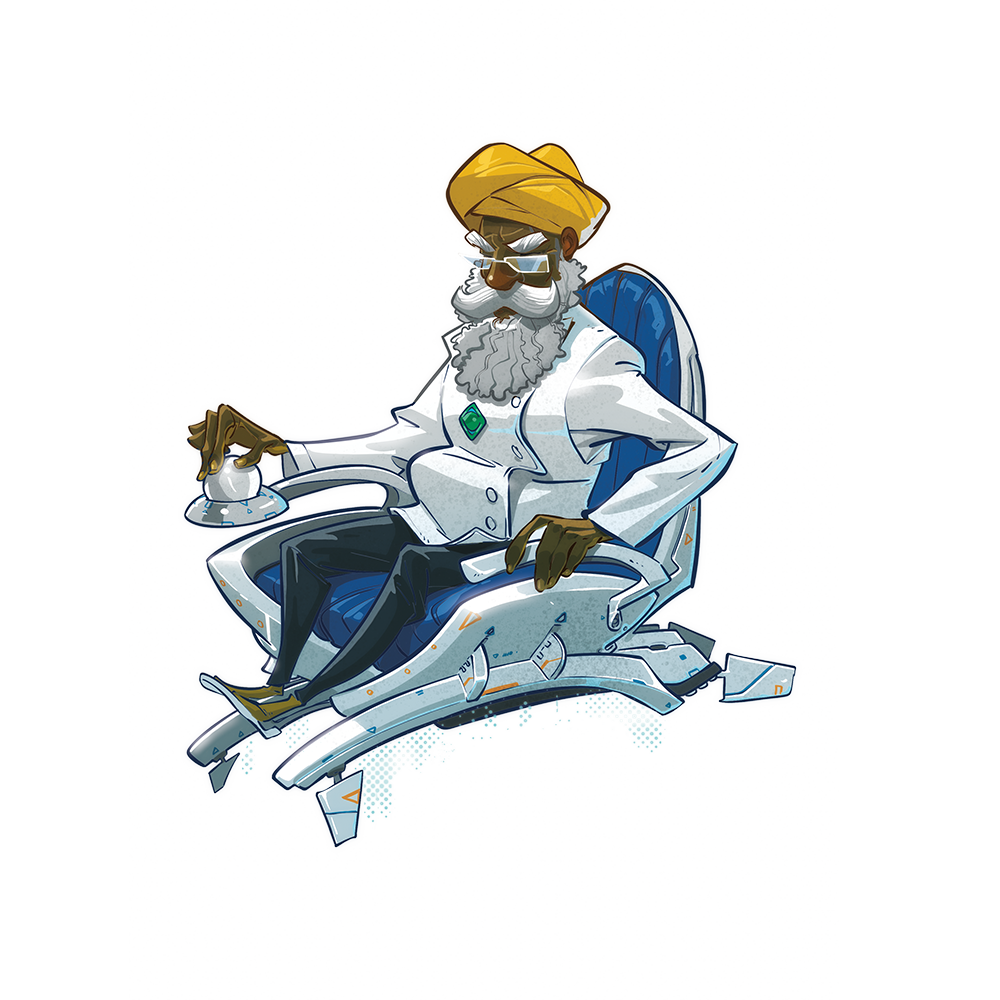 Dr. Hanuman has been researching all his life how to conquer the diseases of this world. After the appearance of the Titans, it was clear to him that they posed the greatest threat that mankind had ever faced. He has been supporting the ranks of the T.D.O. as a healer and tactician ever since. 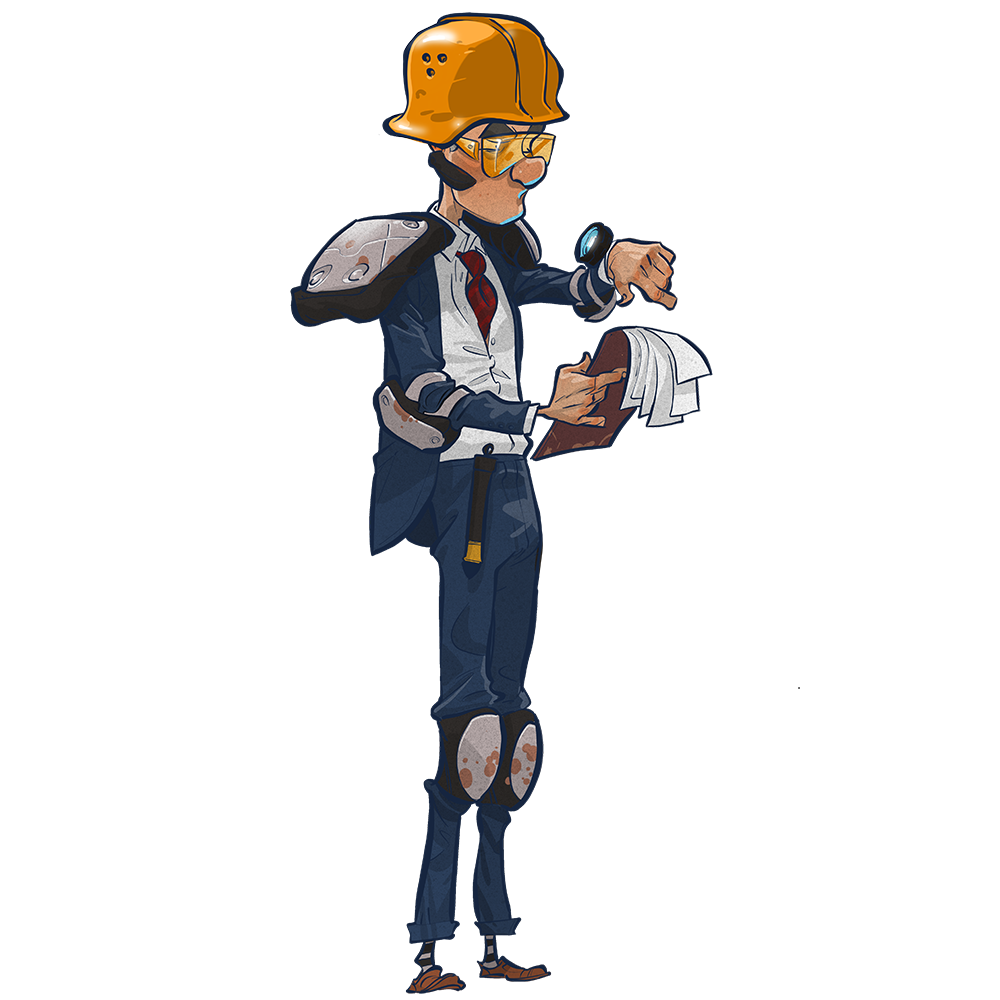 Herr Schulz has undergone further training in evening courses to become a ” crisis project manager”. With the emergence of the Titans posing a significant risk to global supply chains, he is looking forward to putting his knowledge into practice. He prepares project and process plans for T.D.O., which benefits enormously from his structured way of working. 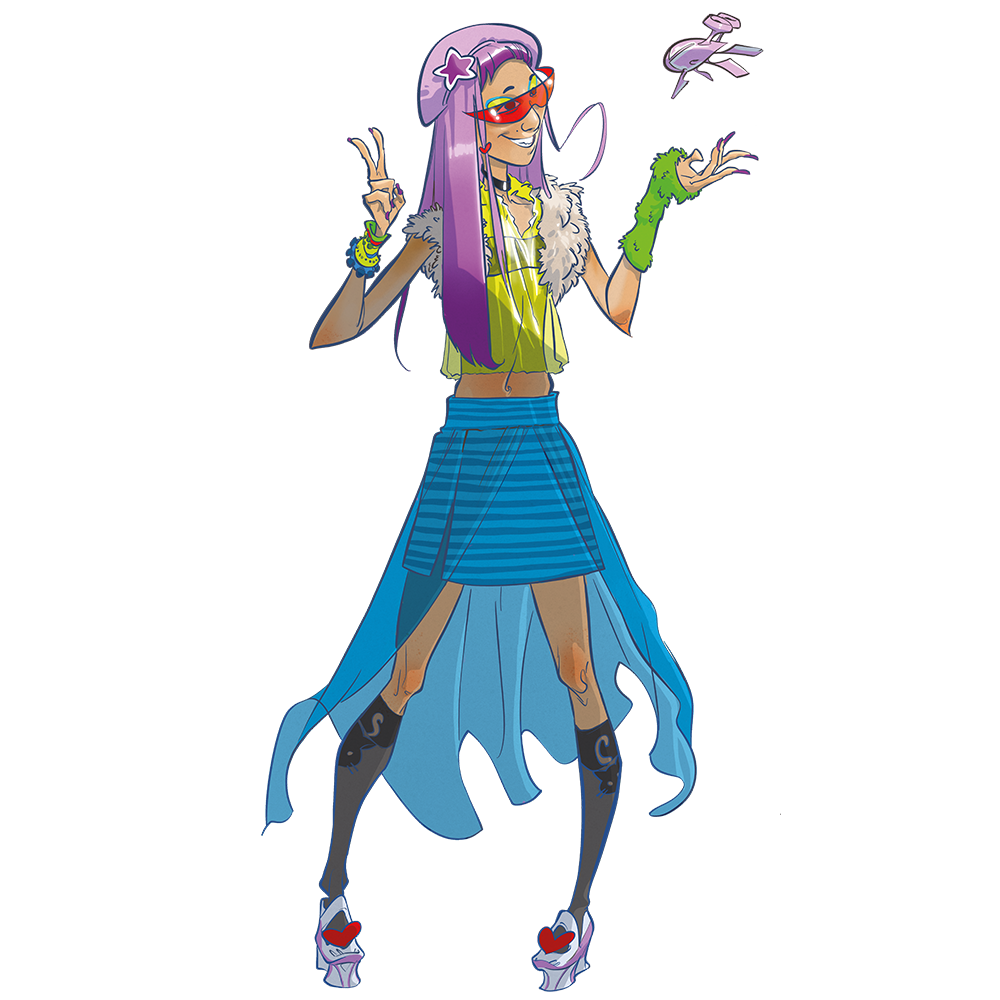 Starlett is known far beyond her native Korea as an influencer. At T.D.O. she works as PR manager and takes care of the contacts to fans and sponsors. Especially the latter are enormously important, after all, a Titan not only devours the whole world, but the fight against him also huge amounts of money.

Help us make TDO a reality. Support our campaign on Gamefound and be a part of the journey. Test the game beforehand via Tabletop Simulator. 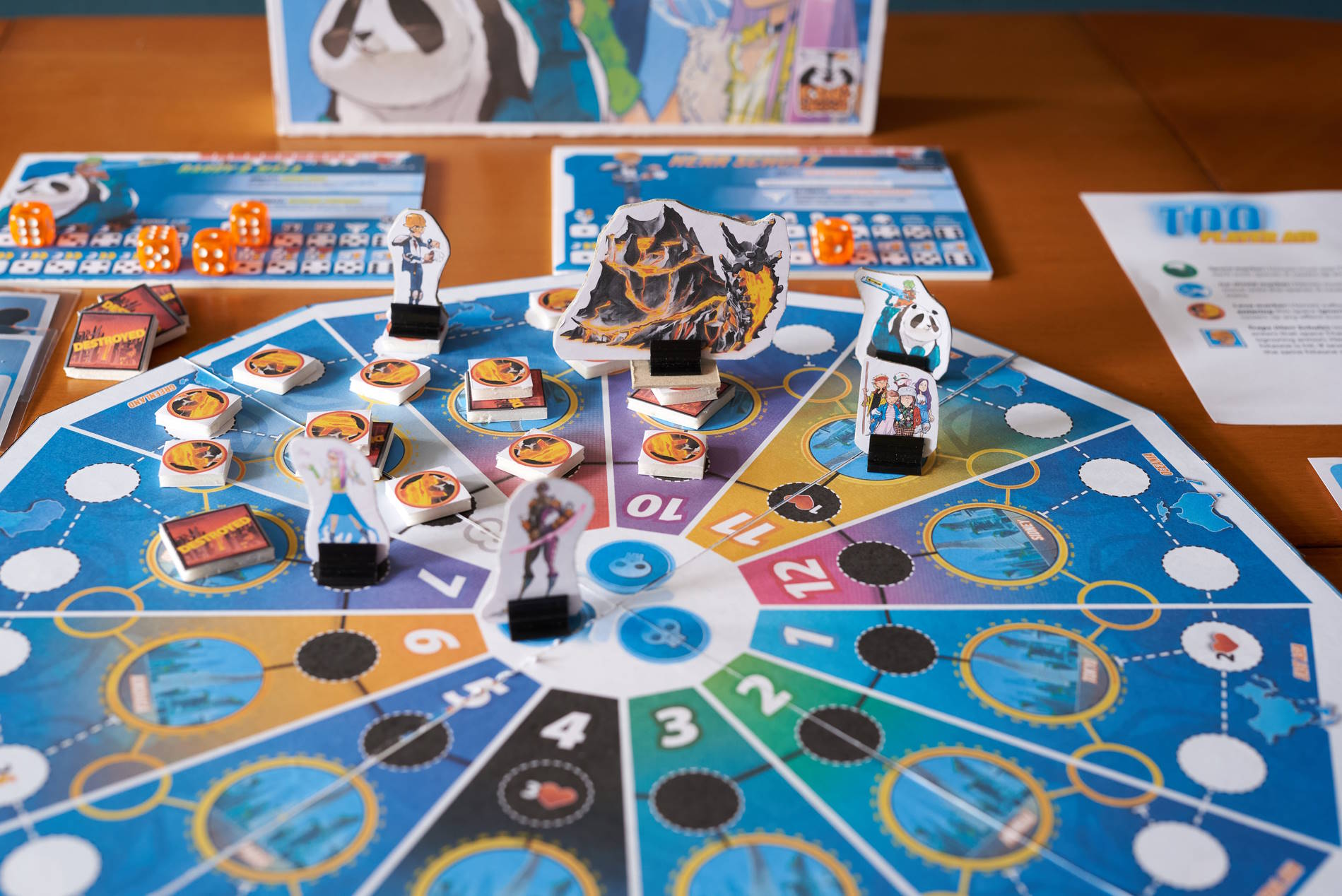 In TDO, players take turns with their moves. At the beginning of their turn, each player rolls 4 dice. Each die is assigned to an action bar of your own hero or heroine, and thereby triggers an action. Actions include moving, attacking, healing, generating energy, or triggering the ultimate ability, for example. After all the dice have been assigned, the player’s turn ends. A Titan card is then drawn, which controls the Titan’s behavior. For example, Titans can move, cause damage to heroes, or devastate areas. The Titan’s turn is followed by the next player’s turn.

The heroes win the game if they manage to destroy the Titan. The Titan wins the game if he manages to devastate all the zones on Earth before being destroyed.

Then tell us what you are missing,
we will contact you for a replacement.